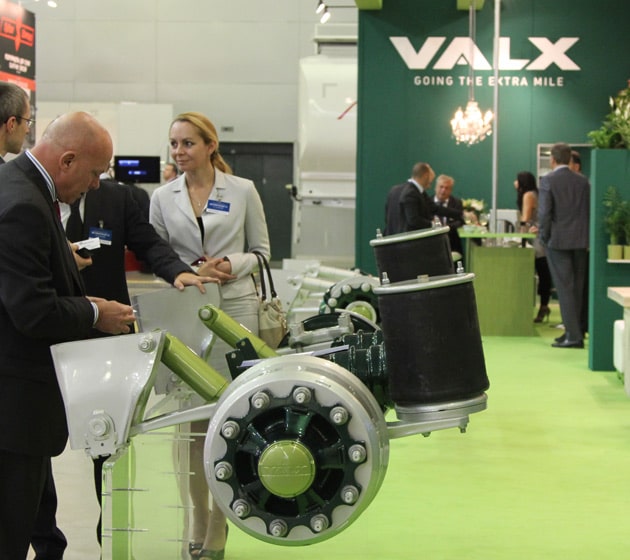 Almost exactly half a year after being taken over by Fuwa K-Hitch Australia, Dutch axle and suspension expert Valx is now back in the limelight, announcing a substantial expansion of its distribution network in Europe.

The company said that the recently announced collaboration with Intermobil to service the booming Turkish market and Rudolf Brunner to cover Eastern Europe proved so successful that it decided to continue appointing select brand representatives across the continent.

Located in Zaragoza/Spain and responsible for Spain, Portugal and France, Schulz Iberica is a manufacturer of components for industrial and agricultural vehicles and is said to have ample experience in dealing with Europe’s leading semi-trailer manufacturers.

Irish company Granning will be representing Valx in the UK, Ireland, Poland and Scandinavia. “Granning has a history as market leader in the supply of bespoke and specialist axles and it was a natural fit for them to look to the trailer OE market,” Valx said in a press release.

In Russia, Kaliningrad’s Arco Techno Parts will be responsible for representing the Valx brand. “Arco is managed by a team of experienced and qualified people and supports Valx in every way to extend its growth in Russia,” the company said.

Already on the roster were Turkish company Intermobil, which is also representing brands such as Wabco, Hella or VDO in Turkey and the Middle East, as well as Mr Rudolf Brunner, who is taking care of the Valx business development in Belarus, Ukraine and other CIS countries.

“After 20 years of working in the Eastern European trailer industry, Mr Brunner has built up a lot of experience and good customer relationships in those regions. With his excellent knowledge of trailer axles, he can give the right support to all trailer builders and end users,” Valx said.