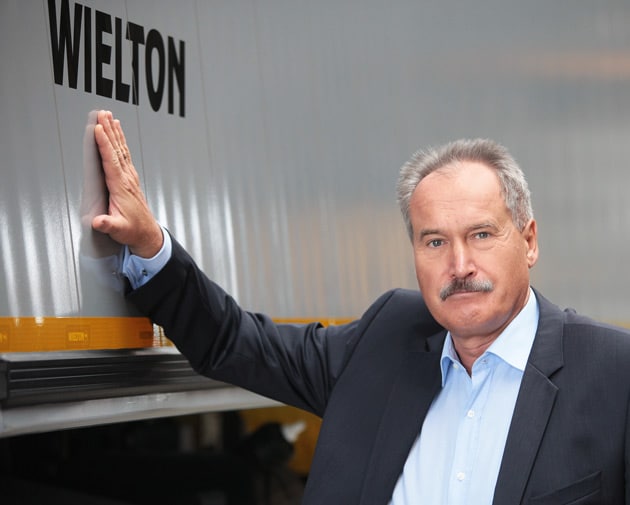 Only a week after the announcement that French trailer manufacturer Lamberet has been sold to a Chinese investment consortium, Polish juggernaut Wielton now confirmed the acquisition of the iconic Fruehauf brand.

The Wielun-based company, which sold some 6,500 vehicles last year, has reportedly purchased 65.31 per cent of all Fruehauf shares in a deal worth €9.5 million. It had been pursuing a potential take over since mid-2014.

According to French industry resource, Transport Info, Fruehauf currently produces around 4,000 units annually, making for a solid 42 per cent share in the French dry cargo market.

The take over will therefore see Wielton’s production capacity rise to about 11,000 units annually, with a projected revenue of €250 million.

In a media statement, Wielton CEO Andrzej Szczepek (pictured) said that the Polish-French partnership would help Wielton “change the balance of power” in European trailer building.

“Having access to a second modern production facility, with the combined force of two experienced engineering teams at our disposal, our market position will change dramatically,” he said.

With the take over, Wielton is on course to become Europe's third largest trailer brand after openly challenging Kögel, Schwarzmueller and Kässbohrer for a spot on the podium in late 2014. It is currently estimated to be the fifth largest trailer company in Europe.

In April, the company already took over bankrupt Italian trio Merker, Viberti and Cardi to expand its footprint in the south of Europe, with a long-term plan to service the European market from four key locations in Poland, Italy, France and Russia.

At the moment, the ambitious Polish OEM is mainly using the Merker production facility in the province of Pescara as a distribution and after-sales support centre.