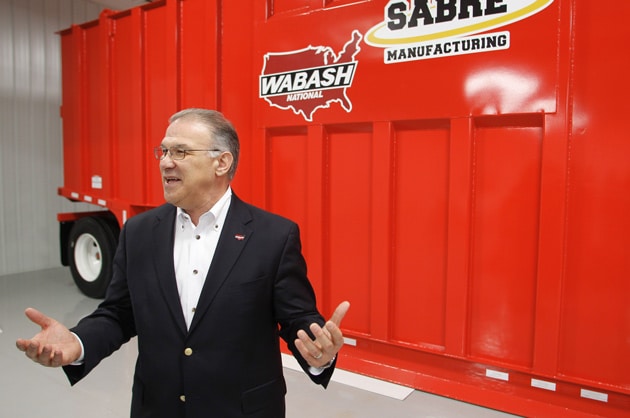 US trailer manufacturer Wabash National has celebrated its 30th anniversary last week with a special event at the company’s Ehrlich Innovation Center in Lafayette, Indiana.

According to Wabash National, the event was attended by many of the company founders, several members of the company’s original start-up team, as well as state and local community and business leaders.

“It was a special evening for us and we were honoured to have so many founding associates and members of the local community in attendance,” said Dick Giromini, Wabash National President and Chief Executive Officer (pictured).

“The passion, drive and customer commitment instilled by those founding pioneers live on through the organization today. We look forward to continued growth and success over the next 30 years and beyond.”

Incorporated on April 15, 1985, company founders set out with the original goal of building five trailers a day. Today, the company is North America’s largest manufacturer of semi-trailers, having produced over 57,000 trailers in 2014, and offers a wide range of transportation equipment under the Wabash, Transcraft, Benson, Beall, Walker, Brenner and Bulk brand names. Over the past 30 years, the company has produced over 1 million semi-trailers.