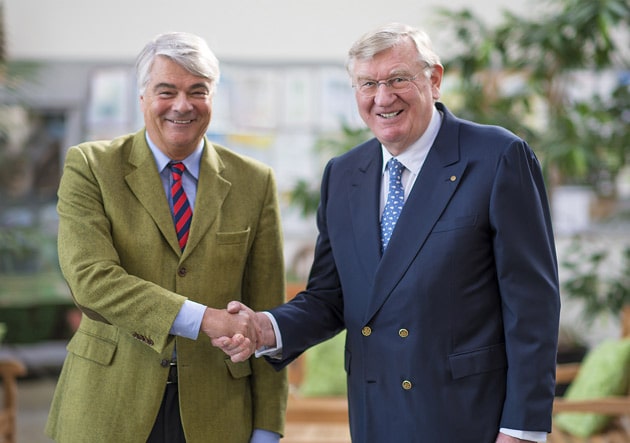 Philip Freiherr von dem Bussche has been appointed new Chairman of the Krone Advisory Board.

The agricultural entrepreneur will succeed Dr Bernard Krone (75), who stays on the Board as an honorary member.

“We are very pleased to have recruited such an outstanding expert on the industry in Philip von dem Bussche, whose presence will be a great asset to the Krone Advisory Board,” said Bernard Krone, who leaves office at his own request.

“As a qualified farmer and businessman, von dem Bussche not only speaks the language of our customers but also brings on board excellent product knowledge and customer proximity.

“These are the factors that distinguish a successful business, because a company must not only have excellent product quality and great innovative strength but also have its ear to the ground and engage in continuous dialogue with customers. This is one of the major pillars of Krone’s success.”

The Krone Advisory Board has been estbablished in 2001 and also includes Bernard ten Doeschate, Dr Wilhelm-Friedrich Holtgrave and Bernd Meerpohl.