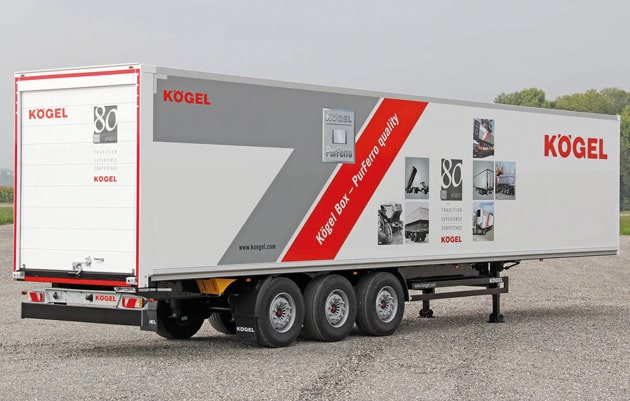 German trailer manufacturer Kögel has reported a 19 per cent sales increase in 2014 and renewed its claim for a podium spot in the contested European transport equipment market.

“Kögel remains the third-largest trailer manufacturer in Europe and managed to close the gap to its two major competitors, whilst widening the gap to next-largest competitor,” the company said in a statement – indicating that it has not been unsettled by the growing competition for the number three spot in Europe.

Germany, where it saw a solid 12.5 per cent increase year-on-year, remains Kögel’s most important target market, but growth has been occurring across all of Europe, the company said.

“The above-average growth of Kögel's market shares in many European countries is clearly down to our new sales structure, which we will continue to develop further,” Kögel CEO Thomas Heckel commented.

“We expect for our sales figures to carry on growing slightly in 2015 despite the continuing volatility in the European commercial goods transport sector.”