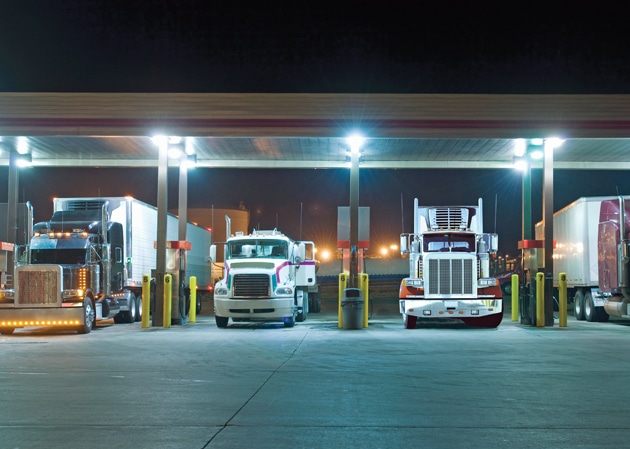 On the back of a dramatic drop in fuel costs, US research company FTR is expecting a “modest relaxation” of capacity constraints in the North American road freight market for 2015.

According to Jonathan Starks, FTR’s Director of Transportation Analysis, the truck market’s current euphoric stage is typical in late recoveries but may disguise new issues brewing under the surface.

“Fleets were hitting their stride to finish the year, led by a dramatic drop in diesel prices and continued strength in contract pricing. However, there are several indicators that lead us to exercise caution as 2015 plays out,” he commented.

“First, diesel prices have to stop going down, and recent data points to that occurring. That leads to a strong potential for diesel prices to rise later in the year. FTR assumes modest increases, but the energy markets don’t always work that way.”

Stark said that with ordering activity at a record high and spot market data indicating a return to normal, year-over-year comparisons could look bleak until late in the year.

“Despite these worries, the market is still running pretty tight and economic growth is anticipated to stay at a solid pace. Look for truckers to be hit by both headwinds and tailwinds during 2015 but be able to stay the course,” he concluded.