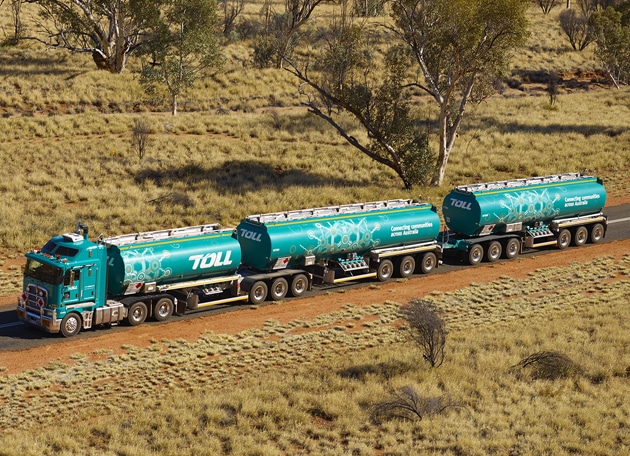 Japan Post has placed a bid to acquire Toll Holdings for $6.5 billion as part of its global expansion plan.

In a press release issued this week, Toll said that Japan Post proposed to acquire the Australian logistics giant for $9.04 per share in cash, which would imply a market capitalisation of $6.5 billion and an enterprise value of just over $8 billion – including $1.53 billion of net debt.

Toll announced that under the proposal, it would be run as a division within Japan Post and retain the Toll name. Toll management would also remain in place, with CEO Brian Kruger reporting directly to Japan Post CEO Toru Takahashi.

Toll's Board of Directors has endorsed the deal in a meeting held yesterday after entering into a so-called Scheme Implementation Deed (SID).

Toll Chairman Ray Horsburgh said, “We are delighted to recommend to shareholders that Toll joins with Japan Post. Japan Post is one of the world’s leading postal and logistics companies and Toll is the largest independent logistics group in the Asia Pacific.

“Together, this will be a very powerful combination and one of the world’s top five logistics companies.”

The next step for Toll will be to appoint an independent expert to prepare a report on whether the offer is in the best interests of Toll shareholders or not. The report is expected to be available to shareholders by in mid-April.

Toll CEO Brian Kruger said he was optimistic that the report would vote in favour of the bid. “The proposed combination is a reflection of the strategic value of our business and our strong footprint throughout the Asia Pacific region.

“It will deliver great opportunities for our staff, customers and strategic partners. The great Toll culture built on safety and operational excellence will work well alongside Japan Post’s established values. I am delighted to have been invited to lead this powerful new division of Japan Post and look forward to working with the rest of the group.”

President and CEO of Japan Post, Toru Takahashi, agreed, “We believe the combination of Japan Post and Toll will be a transformational transaction for both our companies and we are very pleased we have been able to reach agreement. In partnership with Toll we are starting a new chapter of looking outward and becoming a leading global player.”

It is anticipated that Toll shareholders will have the opportunity to vote on the proposal, which represents a 49 per cent premium to Toll's closing price on Tuesday of $6.08, at a meeting to be held in May.