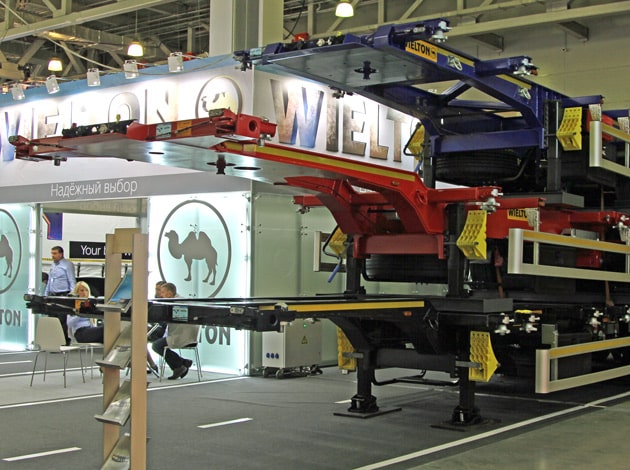 According to Szczepek, more than half of the company’s exports currently go to Russia, with the brand’s reputation soaring since the Polish economy’s post-GFC revival.

While the company’s dedication to designing reliable, application-focused equipment is said to be one reason for its success in Russia, Mr Szczepek also pointed out that producing in Russia with a Russian VIN number was an advantage too.

In fact, production volumes have gone up in January, according to Szczepek, despite the on-going Ukraine crisis and resulting fall of the ruble, which has seen margins shrink. “We just have to deal with changing exchange rates,” he told bankier.pl – adding there was some optimism that the crisis would end soon.

In Eastern Europe, where Wielton is competing against an armada of German OEMs – including Schmitz Cargobull, Krone, Kögel and Kässbohrer –Szczepek said Wielton would benefit from a certain lack of brand consciousness. Price and quality were more important, he added.

Following the successful launch of a range of aluminium tipper last year, Szczepek told bankier.pl the company would continue to focus on product development to strengthen its market position in central and Eastern Europe. “We can not rest on our laurels,” he said.

Regarding the rumoured acquisition of French company Fruehauf, Szczepek commented, “For now, we are at the consultation stage, but I am cautiously optimistic in this regard.”