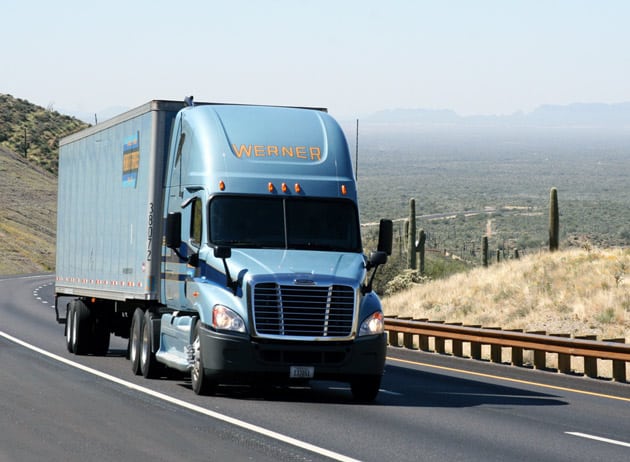 Werner Enterprises, one of the largest transportation and logistics businesses in the US, has reported a five per cent increase in revenue for the year ended on 31 December 2014. Net income was up 14 per cent at US$98,650 million.

“An improving economy combined with constrained truck capacity is contributing to improved freight demand,” Werner said in a media statement.

“Truck capacity is challenged by an increasingly competitive driver market and heightened regulatory cost increases for truck ownership and safety; thus, we expect this favourable demand trend relative to constrained supply will continue in 2015.

“There are several new safety regulatory initiatives in process or scheduled for implementation during 2015, and we anticipate they will further tighten truck capacity.”

The company said that going forward, it would continue to invest in equipment solutions to improve the safety, operational efficiency and fuel miles per gallon of its fleet.

“We increased our capital expenditures in the second half of 2014 to lower the average age of our truck fleet, and attained an average age of 2.2 years as of December 31, 2014.

“Net capital expenditures in 2014 were $212.3 million. We estimate net capital expenditures for 2015 to be in the range of $275 to $325 million, which we expect will enable us to further reduce the average age of our truck fleet to under two years. We remain committed to investing in a best in class fleet for the benefit of our customers, our drivers and the Werner brand.”

For the fourth quarter alone, Werner's profit rose by almost half on high demand from shippers. The company said net income was $32.7 million, or 45 cents a share, up from $22.2 million, or 30 cents a share, a year earlier. Revenue rose seven per cent to $553 million.