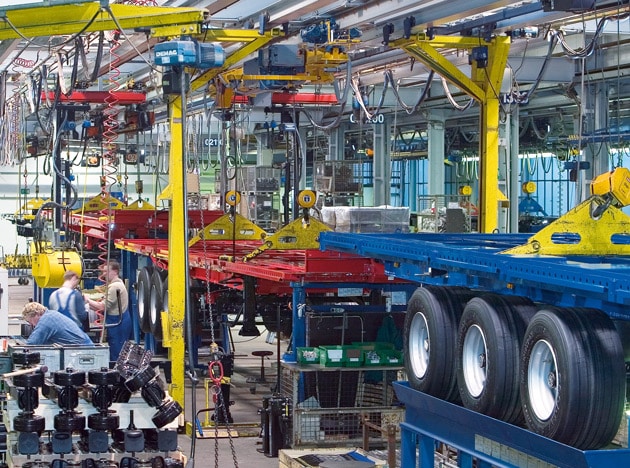 Germany’s Krone Group has reported sales of more than €1.6 billion in 2014, representing a nine per cent increase year-on-year.

The Group’s Commercial Trailers division saw a 17 per cent jump in revenue to approximately €1.08 billion, 28 per cent of which generated in Germany.

“In foreign markets, sales have risen by 20 per cent from €647 million to €776 million,”  the company said in a media statement – also revealing that its most important export markets are Scandinavia, the Baltic states and Eastern Europe.

“In the Commercial Trailers division, investment focused on the development of the ‘All-in Krone’ trailer where all parts are branded with the Krone name and stamped with a Krone replacement part number,” the company said.

“This gives road transport operators have a single point of contact on all issues relating to service, maintenance and spare parts. In parallel, Krone has significantly strengthened its position in the service area and has opened a completely new online shop for its commercial trailers.”

CEO Bernard Krone commented, “The past year was an exhausting but also a successful one for us. We have fulfilled our responsibilities and done our homework thoroughly.

“It is not only in terms of production technology that we lead the way; we have also consolidated our position as a complete service provider for all our machinery and trailers. This is a solid foundation on which we can build in the next few years and continue to grow in markets old and new.”

The Krone Group currently has €614 million available in the form of medium and long-term capital.