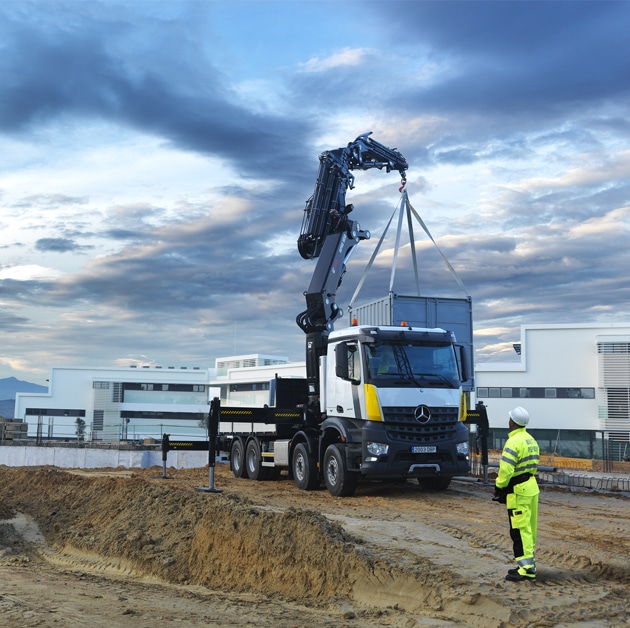 Finnish load handling specialist Hiab is set to launch the Hiab X-HiPro 1058, the biggest crane to date in its high capacity range.

The Hiab X-HiPro 1058 reportedly has a capacity of 90tm, a horizontal outreach of up to 34.5 metres with a jib and vertical reach of up to 38 metres.

According to Hiab, the Hiab X-HiPro 1058 is the first in a series of launches as the company plans to deliver major quality, performance and economy improvements across its heavy lift range.

“Installation of the new Hiab X-HiPro 1058 is faster, cleaner and cheaper. In fact, I estimate that we save around 180 hours of labour on a standard crane, which is 40 per cent of the total cost,” said Xavier Picart, Director of Tècnica de Vehicles Industrials (TVI Cranes) Girona, a Spanish Hiab crane distributor.

“The main time-saving features are associated with the new bolted base, as this can be fixed to the sub frame, thereby avoiding lateral plates. It is no longer necessary to remove parts from the truck in order to install the sub frame.”

“The new Variable Stability Limit+ (VSL+) system can take advantage of its loaded platform – the extra load on the truck acts as a counterweight. The VSL+ automatically optimises the crane's capacity on the basis of excellent stability. This function increases flexibility, especially at work sites where it is impossible to take advantage of the full stabiliser extension spread,” explained Sergio Peiro, Product Manager, Hiab.

According to Hiab, its Load Stability System (LSS) makes crane operation faster and smoother, with pinpoint precision, even at full outreach. The function automatically compensates for and counteracts unintentional movements during vertical operations. It also dampens lifting movements, even if a control lever is hastily released.