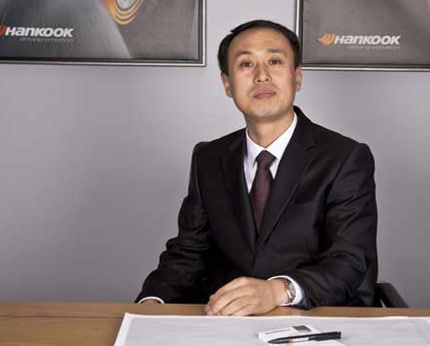 Korean tyre maker Hankook has announced the appointment of Jong Jin Park as Managing Director of its UK operation. Mr Park takes over the position from Gaugseung Lee (pictured), who has now assumed the role as Vice President of Marketing and Sales at the company’s European headquarters.

According to Hankook, both appointments reflect the continual and long-term growth of the Hankook brand in the European tyre market as well as the increasing importance of the European business unit within the group.

Mr Park began his career with Hankook at the Global headquarters in Korea in 2004, working within the Overseas Sales Strategy. In 2006, Mr Park was promoted to work within the Global Marketing department and in 2008, relocated to assume a key role within the marketing team in Hankook’s American headquarters.

Mr Lee, meanwhile, was a driving force behind the brand “premiumisation” in the UK and played an instrumental role both in the continued increase in market share and improved service and supply.