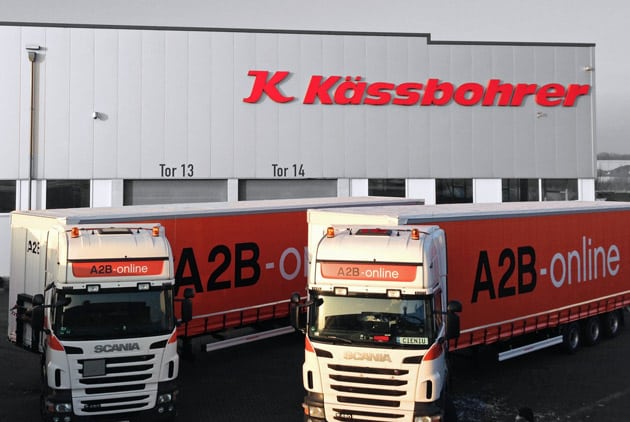 Specialized in connecting the United Kingdom, Benelux and Germany, A2B-online’s unique selling point is its web-based customer portal, through which many of its handlings have been automated – allowing the company to keep its expenses as low as possible.

A2B-online said it chose Kässbohrer’s K.SCS M ‘mega’ model for its robust chassis, which is also suitable for intermodal work.

“The flexibility in securing loads with K-fix is another advantage that A2B-online took into consideration choosing [our] mega curtain-siders,” Kässbohrer added.

K-Fix is a multipoint load security system developed by Kässbohrer that enables the fastening of the loads from 236 different strapping points, with each point boasting a 2.5-tonne load securing capacity.