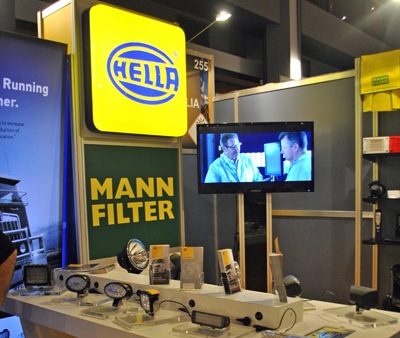 According to Frankfurt stock exchange operator Deutsche Boerse, Hella is replacing CAT oil, which is dropping out after being taken over by oil industry veteran Maurice Dijols.

The takeover by Dijols has cut the proportion of freely traded shares in CAT oil to 1.95 per cent from 41.31 per cent, Deutsche Boerse said in a statement.

Membership in Germany's major stock indices is conditional on a free float of at least 10 per cent.

Hella first went publicj back in November, when it gave out 11.1 million new shares at a price of €25 per share, generating proceeds of approximately €278 million.

In a second step, 5.75 million additional shares from the family shareholders were offered in the context of an additional private placement outside of the US, Canada, Australia and Japan, generating €132.5 million to fund the company’s future expansion.

“The family will remain a long-term anchor shareholder of Hella. We have signed a pooling agreement to this effect in which we jointly agree to keep at least 60 per cent of the shares within the family and to act as one single investor. The agreement will be in force until at least 2024.”