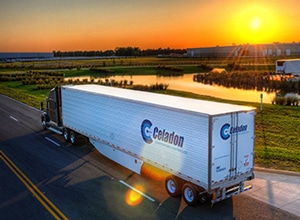 North America’s transport equipment industry finished 2014 on a strong note, with up to 40,000 units ordered in November alone.

According to research company FTR, trailer orders accumulated to 39,356 units in November – marking the second highest month ever, following only October’s record-setting result.

Fellow US research company, ACT, was more conservative in its November update, estimating order activity to be around the 36,000-unit mark – up 43 per cent year-over-year – which would make it the fourth strongest month in history.

“September, October, and November order volumes are all in the industry top 10,” said Frank Maly, Director – CV Transportation Analysis and Research at ACT. “They are also the strongest three consecutive order months in industry history.”

Regardless of the actual volume, orders were somewhat inflated in November, according to Don Ake, FTR Vice President of Commercial Vehicles, who found that fleets were already placing orders for shipment in Q2 and Q3 2015.

“OEMs continue to solicit long-term orders due to competitive pressures and expected scarce production slots,” he commented. “The trailer market is showing continued power and this momentum is now expected to flow into the second half of 2015.”

ACT estimated that net orders were up 55 per cent on a year-to-date basis, with backlogs now at the highest level of the recovery – double that of a year ago.