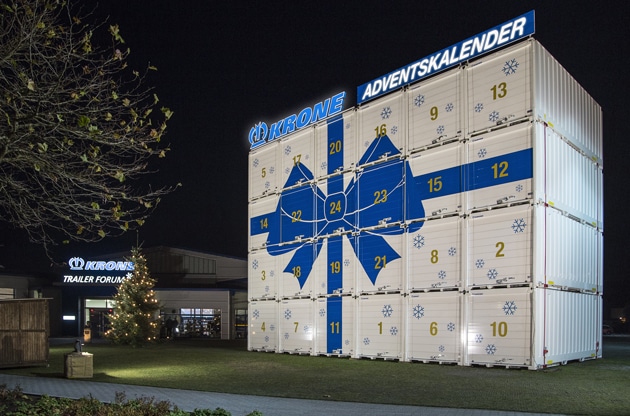 For the second year in a row, German trailer brand Krone has set up one of the largest advent calendars in Germany at its Werlte site.

According to Krone, the success of the giant calendar in 2013 led the company to repeat the charitable event this year.

The massive installation measures 15×11 metres and is built out of 24 swap bodies placed in rows of four.

According to Krone, a swap body door will be opened at midday on each weekday from 1 – 24 December, revealing donations to charity.

“The donations have not only been provided by Krone but also by our suppliers. We are delighted that 13 Krone partners spontaneously agreed to take part,” said Krone Marketing Manager, Tobias Eichberg.