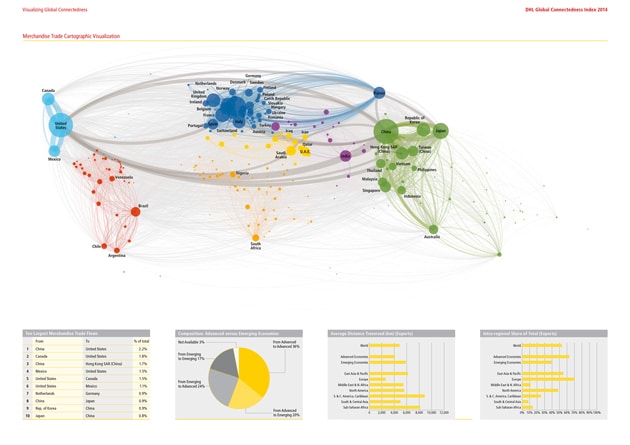 Global logistics company DHL has released the third edition of its Global Connectedness Index (GCI), a tool to measure the state of globalisation around the world.

The report shows that 'global connectedness' – measured by cross-border flows of trade, capital, information and people – has recovered most of its losses incurred during the financial crisis, but there’s still room for improvement.

What has changed is the substantial shift of economic activity to emerging economies. Notably, the 10 countries where global connectedness increased the most from 2011 to 2013 are all emerging economies, with Burundi, Mozambique and Jamaica experiencing the largest gains. The Middle East and North Africa were the only regions to experience a significant decline in connectedness.

According to the index, advanced economies have not kept up with this shift, which may suggest that they are missing out on growth opportunities in emerging markets.

“Counteracting this trend would require more companies in advanced economies to boost their capacity to tap into faraway growth,” said Professor Pankaj Ghemawat, Co-Author of the report and internationally acclaimed globalisation expert.