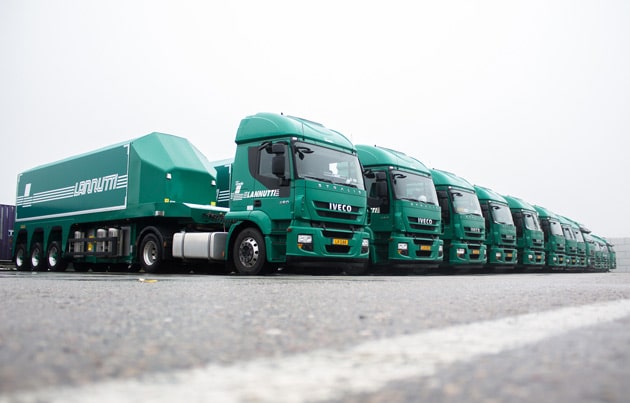 The 15 ‘FloatMAX’ vehicles were delivered by road after hosting a special introductory workshop for Lannutti’s driver squad at the Faymonville plant in Büllingen, Belgium.

Next to a general introduction to the product, the workshop mainly focused on managing fifth-wheel height and the load securing system.

All 15 vehicles are part of the FloatMAX SuperLight generation. With a tare
weight of 6,450kg and improved load distribution, it is said to achieve more payload per run.

According to Faymonville, trying to find new opportunities to save on weight was a “painstaking” undertaking for both the company and its suppliers. “The declared target weight was reached by using fewer, but more stable components and by the justifiable omission of a spare wheel, side cladding or central lubrication,” the company said.

Reportedly, the Lannutti business is one of Faymonville’s most faithful partners and the companies have been co-operating for more than 20 years.