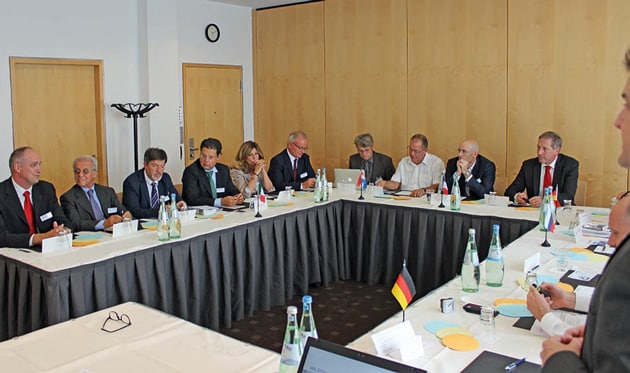 German trailer manufacturer Kögel recently asked international freight associations to share their thoughts on the current economic situation in Europe and the political framework affecting goods transportation across the continent.

According to Kögel, the discussion showed that metropolitan logistics could pose a growing challenge for transport companies in the Eurozone.

Baklitskiy also touched on the current situation in Russia, saying many trucks were lying idle at the moment due to the economic crisis and tense political situation.

As a result, local forwarders are currently refocusing on regions like Iran, Uzbekistan, Tajikistan and Turkey, with many freight routes now leading through Siberia.

“We want more freedom and globalisation,” Baklitskiy commented, pointing out that telematics are now a highly topical issue in Russia. “Around 70 per cent of vehicles are now fitted with GPS, as it is virtually impossible to get a load otherwise.”

“In real driving situations, he was able to prove that the fuel savings are considerably less than specified by the manufacturers and demonstrated that real savings can actually only be made at a constant speed of 90 km/h,” Kögel summarised his findings, emphasizing that aerodynamic optimisation could also lead to higher repair costs in the long run.