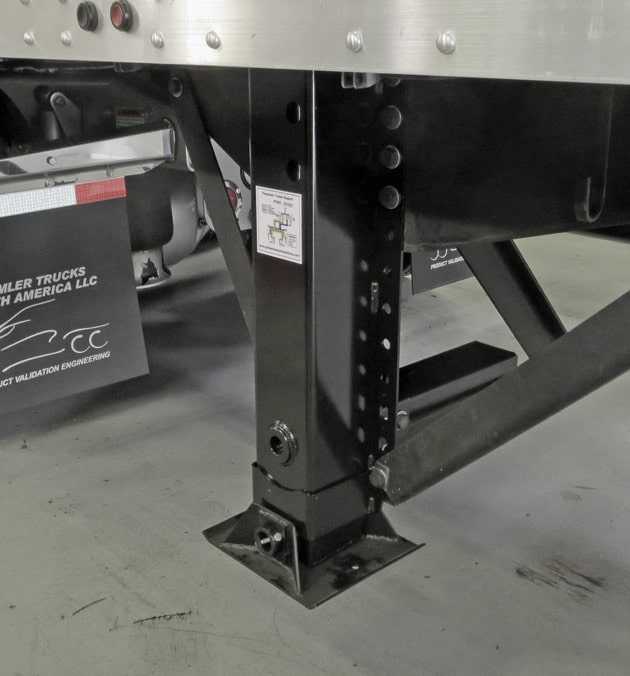 Headquartered in Ireland, PTS is known for the design and manufacture of a new type of automatic landing leg that replaces the classic hand-winding mechanism with a pneumatic piston and locking pin system.

Named PTS50, the device has recently won Ireland’s annual Fleet Transport Award in the Safety category and is now making inroads in the US market.

“We are excited to partner with Aurora in this venture,” said Simon Bois, Executive Vice President and GM Americas at PTS. “With the help of Aurora, PTS50 will be readily available through the Americas.”

Based in Lebanon, Indian, Aurora is one of the largest suppliers of aftermarket semi-trailer parts in North America and can boast a network of more than 250 independently owned dealerships in the US alone. According to Bois, Aurora also provides services Canada and Mexico.

“Aurora Parts is known in the trailer industry for embracing new and innovative technology,” commented Shelley Sheagley, VP of Marketing at Aurora Parts. “The PTS50 and its attention to safety and strength, along with the time and cost savings makes this partnership instrumental in driving the industry forward.”

The move to take PTS on board comes on the back of Detroit-based Chrysler Group placing a sizable order for the new landing gear technology in August, which gave the company’s North American operation a sizable boost.

For young Irish company Prime Transport Solutions, the distribution deal is considered the second major milestone on the quest to gain a share of the contested US equipment market.