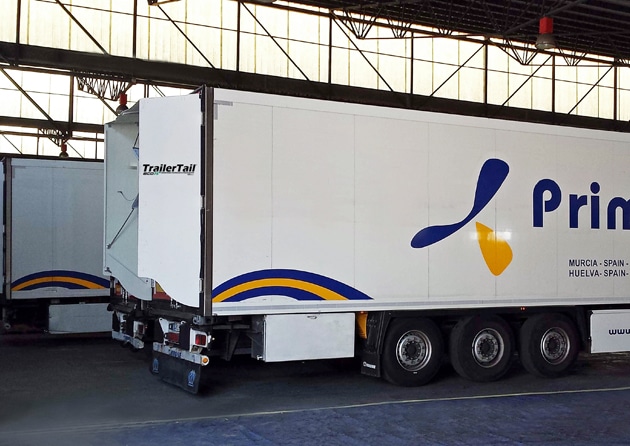 The Ministry of Transportation in Spain has moved ahead of the European Union and is now allowing transport businesses to operate aerodynamic boast tail devices measuring up to 75cm in length.

Spain is the first European country to exceed the 50cm length allowance currently permitted by the European Union on newly manufactured trailers only. The Spanish regulation will also affect used equipment.

US company ATDynamics has already reacted to the changed legislation and is offering a 75cm boat tail device for use in Spain. The Trailer Tail Eco-75 is said to save up to three per cent in fuel.

“Some EU countries are also considering the allowance of higher efficiency Trailer Tail devices that are 90 to 120cm in length by 2015, which would nearly double the fuel savings available to Spanish freight carriers,” the company said in a statement.

According to ATDynamics, Trailer Tail technology improves a trailer’s fuel efficiency by streamlining the airflow behind the vehicle, reducing aerodynamic drag.

The company’s patented, folding origami Trailer Tail design is already in use in the US and, in a down-sized 50cm version, across Europe.