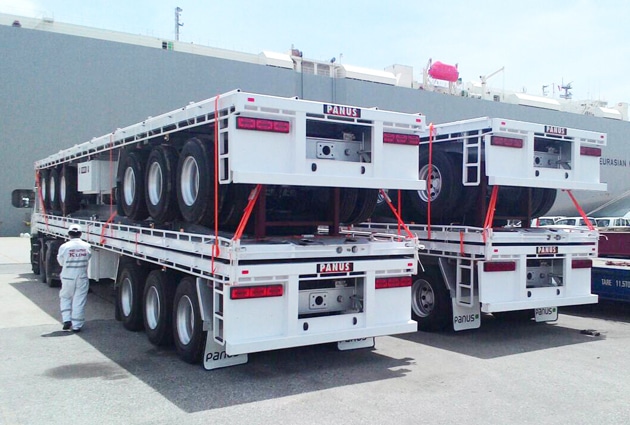 Thailand’s largest trailer OEM, Panus Assembly, has announced it will expand to Australia, trading under the name of Panus Oceania.

“I’ve kept a close watch on the work Panus Assembly has been doing for many years. Having previously worked with a number of global suppliers, when the opportunity to head up Panus Oceania presented itself, I thought it was a great chance to couple a customer centric philosophy with the global power of Panus,” said Cunningham.

“The business will be progressively established through a focus on target market segments, filling a gap in the market offering highly engineered, aligned and tested equipment backed up by a new approach to customer service.

“We have a lot of respect for local manufacturers and believe that Australia is at the forefront of global innovation in the area of transport equipment supply.”

According to Cunningham, “Thailand has a reputation for high quality standards with the multi-national likes of Caterpillar, BMW and Ford making Thailand the Detroit of South East Asia.

“Panus is the country's leading manufacturer of heavy transport equipment and anybody that has seen our new trailers can see the lengths we have gone to in designing, aligning and testing to ensure we have trailers matched to requirements of Australian operators.”

According to Cunningham, Panus Oceania has already welcomed its first lot of flat top trailers, with more designs scheduled for arrival in the coming weeks.

In addition, Panus Oceania also launched videos on its FEA testing, as well as load testing trials as part of a local durability program.