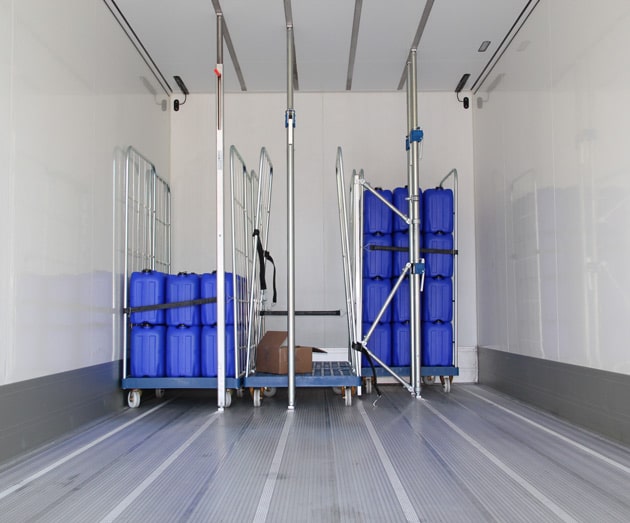 In 1998, the Dutch Government set out to re-define the maximum allowed noise when loading and unloading a commercial vehicle at night-time. The resulting PIEK standard has since been adopted by several European countries like the UK, France, Germany and Belgium and is widely considered the new industry standard.

To achieve it, a product is acoustically measured and must function emitting under 60dB(A) at 7.5 metres away from the sound source.

In line with the Dutch scheme, Schmitz Cargobull now developed a new, quiet running floor called MF6. According to the German company, the MF6 is longitudinally grooved with crossways ribbing to ensure its anti-slip properties, but the true highlight is its low noise level.

The multifunction floor is said to be 19kg lighter than a barley-grain structure equivalent and approximately five per cent lighter than a conventional quiet running floor, according to Schmitz Cargobull.

What's more, “the liquid-tight floor pan with a scuff rail has a smooth surface at the edges, ensuring leak-proof and clean workmanship together with an appealing appearance,” Schmitz said.

The MF6 has TÜV-tested sliding friction coefficients and certificates for wooden pallets and steel pallet cages.

Six load-securing profiles are recessed into the floor for interlocking load securing. In Hanover, Schmitz Cargobull will also showcase a new locking bar foot for the floor and the roof – follow Global Trailer on Twitter now to receive the first images of the new system directly from Germany.