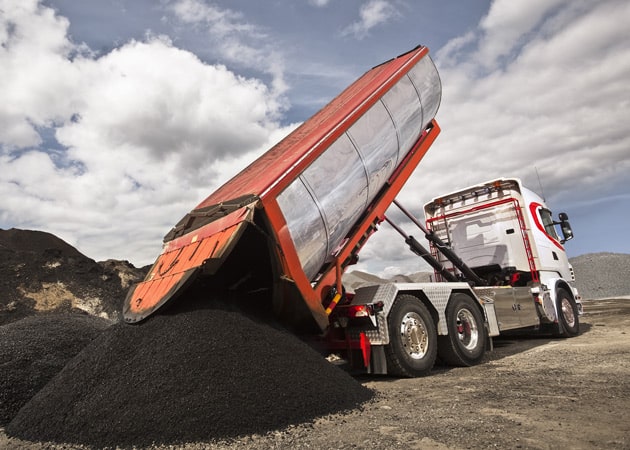 Finnish company Hiab has announced it will showcase a new vehicle solution for environmentally smart loading, the S-HiPro 130 refuse collector, as well as the new Multilift XR21SL hooklift at the Elmia Lastbil fair in Sweden.

“We have always put extra focus on safety in all of our products, but sustainability is equally important. Our customers want products that are not only efficient and durable but also environmentally friendly.”

The new S-HiPro 130 refuse collector, for instance, is able to transport up to 25 per cent more waste on every trip. “This makes collecting household waste in congested cities faster, safer, cheaper and more environmentally friendly than before. Mounting the crane on top of the collector allows the collection of substantially more waste per trip, saving fuel, driving time and the environment,” Göransson said.

Meanwhile, the new Multilift XR21SL is said to be the “lightest and strongest” low-built hooklift available with 21-tonne capacity.

It can be enhanced with Hiab’s optional Pro Future package, which Hiab said “will save just about everything – from fuel and time to pollution and noise”.

Also in Sweden, Hiab will display a truck equipped with the brand’s most energy-efficient loader crane, X-HiPro 192, and a Multilift XR18SL hooklift. According to Hiab, the truck uses an electro-hydraulic system, or electric power take off (ePTO), installed additionally to the traditional engine power take off.

“The ePTO allows the loader crane to be powered electrically by a plug-in system, instead of the vehicle's engine. Using electric power instead of conventional diesel power offers considerable benefits, including improved energy efficiency and lower noise levels, making it possible to work indoors or in residential areas during night time. For example, the energy required to operate the crane is 60-70 percent less than for a conventional crane.”

Göransson explained that operation of the ePTO in combination with HIAB X-192 HiPro was straightforward. “When the crane is not in use, the electric pump is automatically switched off to save energy and battery capacity. The crane uses an advanced load stabilisation system, LSS, to enable quick and easy crane operation, as well as hydraulic system that cuts energy losses to a minimum.”

The Multilift XR18SL hooklift is now also available with the Pro Future package. It’s said to be 30 per cent more energy efficient and three times faster than a conventional hooklift. “This is due to the unique hydraulic system, which uses the hydraulic oil more efficiently, and because the hooklift weighs significantly less than a conventional hooklift,” Hiab explained.