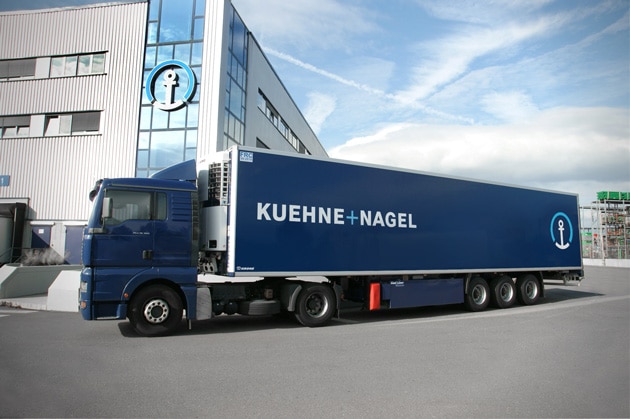 Swiss-based logistics giant Kuehne + Nagel Group has increased volumes in all business units over the first half of 2014, despite individual setbacks due to negative currency effects.

“By focussing on internationally operating customer groups with demanding logistics and supply chain management requirements as well as on the provision of industry-specific logistics solutions we were able to increase volume growth in all business units in the first half of 2014,” said CEO, Dr Detlef Trefzger. “At the same time our effective cost management supported the improvement of results.”

The corporation's road transport department continued the turnaround it commenced in the fourth quarter 2013. Currency adjusted net turnover grew by 5.5 per cent in the first half of 2014 and the operational result rose from CHF 17 million to CHF 35 million.

Karl Gernandt, Chairman of the Board of Directors of Kuehne + Nagel International AG, added: “The half-year results confirm that the company’s strategic cornerstones for continuous growth and profitability are working effectively. The volatile market environment requires an ongoing improvement of services for our customers and this will remain our aim for the second half of 2014.”