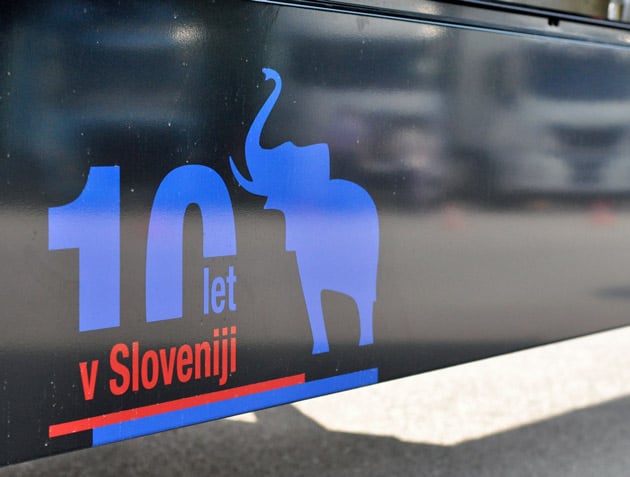 Muta-based Schmitz Cargobull Slovenia has celebrated its 10th anniversary with a presentation of select trailer models at Slovenj Gradec airport.

More than 400 guests were welcomed by Board Member Andreas Schmitz, who took the opportunity to thank the local team for a decade’s worth of hard work.

In 2013, Schmitz Cargobull sold some 300 trailers in Slovenia. 2014 results seem on track to exceed that figure, with 160 units sold between January and May alone.

Schmitz Cargobull first opened a branch in Slovenia when it joined the European Union in 2004. As one of the first of the ex-communist countries to adopt the Euro, Slovenia has been hailed one of the great success stories of post-communist Europe.

According to Schmitz, the brand’s market share in the country is now around the 40 per cent mark.