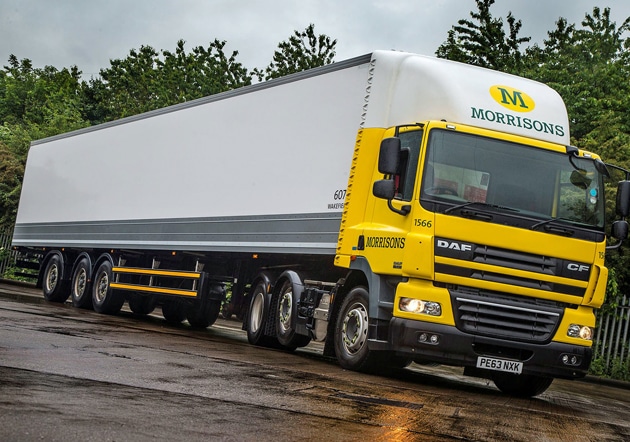 British supermarket chain Morrisons has begun taking delivery of a third batch of oversized semi-trailers from Gray and Adams to its fleet capacity.

The final order of the 15.65m trailers – to be delivered over the next few months – will take Morrisons' oversized fleet to over 100 vehicles.

According to John Ward, Head of Engineering at Morrisons, the trailers have a 40 pallet capacity – four more than a standard 13.6m single-decker, equating to a 15 per cent increase in productivity.

“For the majority of our deliveries, once you’ve factored in all of the variables, the long trailer is the best solution, and one that’s producing tremendous savings worth many thousands of pounds per week,” said Ward.

Morrison’s latest purchase will be fitted with Carrier Vector 1950 units, which allow for multi-temperature refrigeration with dual-discharge slim line evaporators.

“We’ve purchased these latest trailers for operation in the south of the country, where there is more traffic congestion and where, as a result, the loads are likely to be on the vehicles for longer periods. The switch to multi-temperature refrigeration allows us to guarantee the integrity of three separate regimes in the most demanding of circumstances,” said Ward.

Morrisons is running its extended semi-trailers as part of a long-term trial launched in 2012 and backed by the UK Department for Transport. The Government initiative aims to see how the additional length might help to increase efficiency and cut the number of vehicles on UK roads.