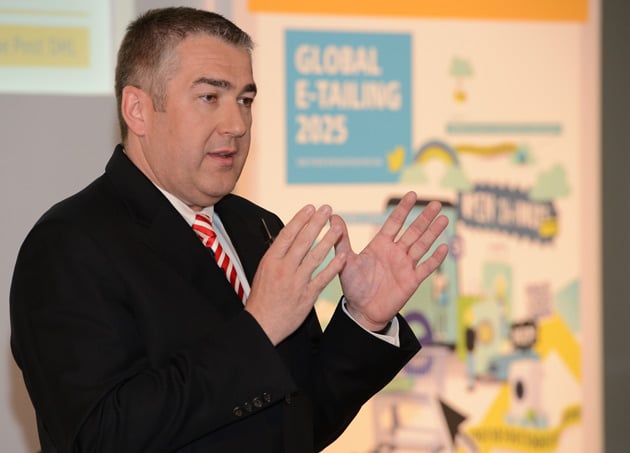 Over the next decade, online retail will gain even more importance than expected so far, according to a study conducted by Deutsche Post DHL and a range of international research institutions.

The ‘Global E-Tailing 2025’ study focused on cross-border online commerce and found that advanced logistics will play a key role in its development in both developed and emerging markets.

Already, e-commerce makes up eight per cent of the overall trading volume in Europe today. Depending on the scenario, this share could rise up to 40 per cent in developed countries and up to 30 per cent in today’s emerging markets, DHL said.

Jürgen Gerdes, CEO Post – eCommerce – Parcel at Deutsche Post DHL, commented, “In the future, logistics will take over the role as an enabler for online retailers even more than today … That’s why we increasingly become an advisor and partner for success.”

In four scenarios, the study showed what the electronic world of shopping around the globe could look like for consumers and businesses in the near future.

The different future projections were based on a detailed analysis of the most influential factors – from energy and raw material prices to technological, political and social factors to retail and consumption patterns. The scenarios also outlined possible effects of changes to society's value system by 2025. The research examined selected developed and emerging markets around the world.

Trend scouts also studied purchasing and logistics trends in 12 international metropolises – including New York, Moscow, Bangalore, Jakarta and Lagos. According to DHL, “these consumer insights anchor the scenarios in today's world and increase their plausibility.”

In the first scenario, today's emerging markets will be the engine of growth 11 years from now. A strong global economy and a stable middle class will have established a true “Everywhere Commerce”. Consumers will receive their purchases much faster than today, with Express shipments being delivered in less than 24 hours and measured in minutes.

In a different scenario a highly developed digital culture has evolved, in which almost all products will be sold online and consumers will receive support by avatars. To protect manufacturers from counterfeit, logistics companies will offer protected supply chains.

However, the study not just portrays positive future projections of worldwide e-tailing, but also possible crisis scenarios. Scenario four outlines how the worldwide consumption patterns develop after the global economy will have suffered another financial crisis and energy and raw material prices have risen considerably. Under these circumstances, people could adopt a Do-It-Yourself mentality instead and sharing models instead of the “all new” approach.

All scenarios have in common that the competition in electronic retail, whether on global, national or regional level, will become more intense. Gerdes: “We don't know for certain what the world will look like in 2025, but the study's various scenarios show how rapid the global retail sector – online and offline – is changing and that logistics will be a focal point of these change processes.”