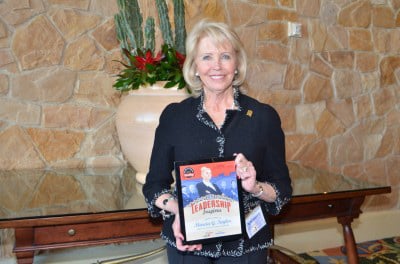 Marcia G. Taylor, President and Chief Executive Officer of US transport company, Bennett International Group, has been named the 2014 Influential Woman in Trucking by the Women In Trucking organisation and Navistar.

The winner of the fourth annual Influential Woman In Trucking was announced last month at the Truckload Carriers Association's annual meeting held in Grapevine, Texas.

Taylor was one of four finalists for the award that was created in 2010 to honor female leaders in trucking and to encourage women to join the industry and pursue their goals.

“I am very humbled and honored to receive this award. I’d like to thank the Women In Trucking organisation and Navistar,” Taylor said.

“As I was growing up I never planned on being in the transportation industry, but thankfully God had a much better plan for me than I had for myself. I love this industry. I love what it means. I love our drivers and our employees, and it has been a great 40 years.”