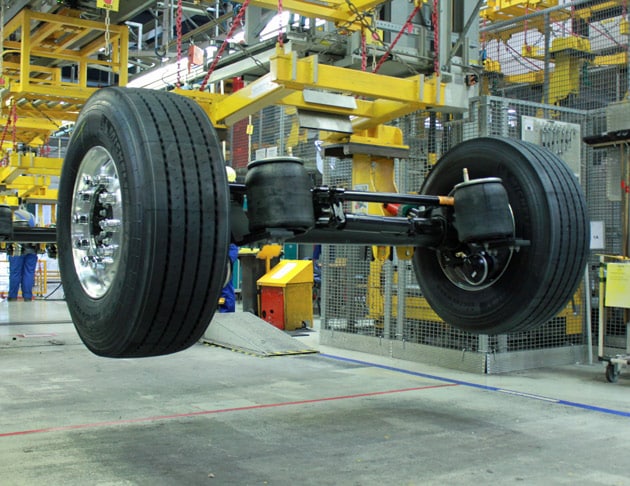 German company Schmitz Cargobull has recently celebrated a full decade of in-house axle production after completing the 500,000th axle since production began in 2004.

According to Schmitz Cargobull, the landmark achievement demonstrated how well the company’s self-developed Rotos running gear and Schmitz Cargobull axle have been accepted in the marketplace.

“Since running gear has a significant impact upon maintenance costs and uptime for fleets, Schmitz Cargobull has continued with its development throughout this period,” Europe’s largest trailer brand said in a statement.

“The company has worked to optimise its axles to ensure perfect tracking and high suspension comfort, combined with the safety features offered by innovative driving stability and braking programmes.

Axle production takes place at Schmitz Cargobull’s factory in Altenberge, Germany, alongside the manufacturing of its curtain-sider and platform trailers. It also supplies axles on a daily basis to the company’s other German plants in Vreden, Gotha and Toddin. Axles are also supplied to its factories in Panevėžys, Lithuania, and Zaragossa, Spain.

Currently, 80 per cent of all trailers built by Schmitz Cargobull are equipped with Schmitz Cargobull's own axle – rising to 90 per cent for trailers manufactured in Altenberge. Production capacity has leveled off at approximately 150,000 units a year.