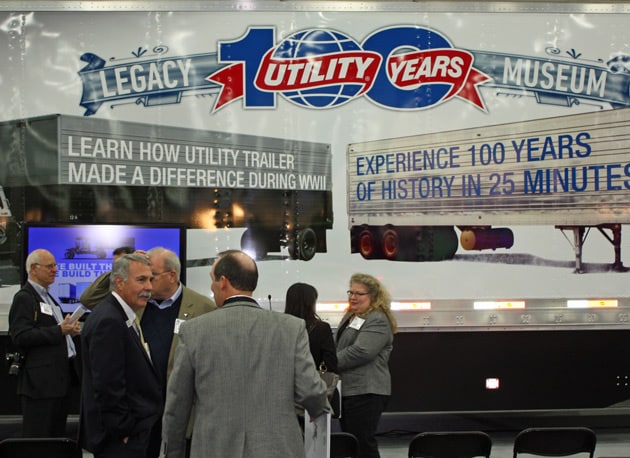 Indicating a slight upward trend in the US economy, Louisville’s Mid-America Trucking Show (MATS) attracted some 79,000 visitors last week, who came to see more than 1,000 exhibitors in the hometown of the Kentucky Derby.

Efficiency continued to be a key topic of the annual event, as both OEMs and suppliers expect an improved year of equipment sales ahead.

Weight saving and fuel economy were therefore high on the industry’s agenda in Louisville – best embodied by Walmart’s Advanced Vehicle Experience (WAVE) concept truck, which turned out to be the highlight of a show that saw no roll-outs of entirely new truck models, engines or major components. The truck, which has taken the internet by storm, was created by Great Dane Trailers, Peterbilt and Roush Engineering.

With the truck making community focusing on efficiency improvement and R&D, the trailer building industry seized the opportunity to take centre stage at the 2014 Show.

“This is truly a unique opportunity for all to experience Utility’s first 100 years and learn more about the many achievements in manufacturing that make us who we are today.”

On the innovation front, Kentucky Trailers announced that it will co-operate with aerodynamic device maker ATDynamics to offer the company’s TrailerTail device as a standard option for new trailer orders going forward.