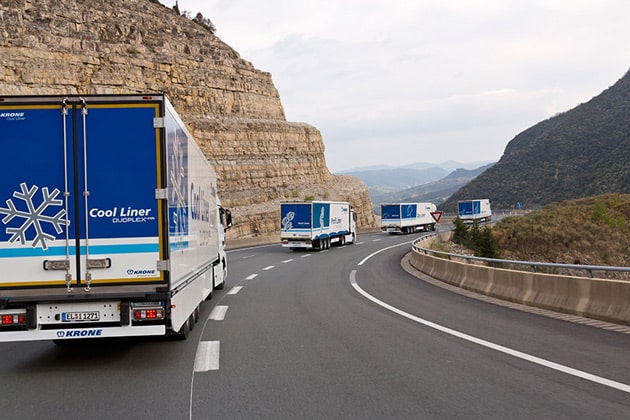 Germany’s Krone Group generated record sales of €1.49 billion during the past financial year. Compared with sales of around €1.39 billion in the previous year, the result presents a seven per cent increase for Germany’s second largest trailer brand.

According to Krone, 30 per cent of the 2012/13 sales were generated in Germany and 70 per cent in markets outside Germany (compared to a 33/67 per cent ratio in the previous year).

“The main sales generator for the Krone Group remains the Commercial Trailers division, which turned over around €925 million in 2012/2013, a 5 per cent increase over the previous year,” the company said, revealing that the total number of trailer units manufactured in the past financial year was around the 35,000 mark.

Germany remains Krone's key market with a share of about 30 per cent of the total production. Sales in international markets increased by 11 per cent from to €647 million, with Scandinavia and eastern Europe being the most important markets.

“Major achievements in the commercial trailer division revolved around the official opening of the Tire production site (Turkey), the merger with axle manufacturer Gigant in Dinklage, Germany, and the kick-off of the Progress 2020 strategy project,” Krone announced.

“Progress 2020 aims at optimising all processes in the entire commercial trailer division during the next few years and implementing an identical architecture for all assembly lines and processes within the Krone group.”

Managing Partner Bernard Krone, added, “Feeding people and transporting goods are two major challenges for today’s society. Krone continuously strives to develop the products that are required to meet these challenges and our success proves us right. Once again we have pushed our sales in the past financial year. For this, we feel grateful to our many faithful customers around the world.”