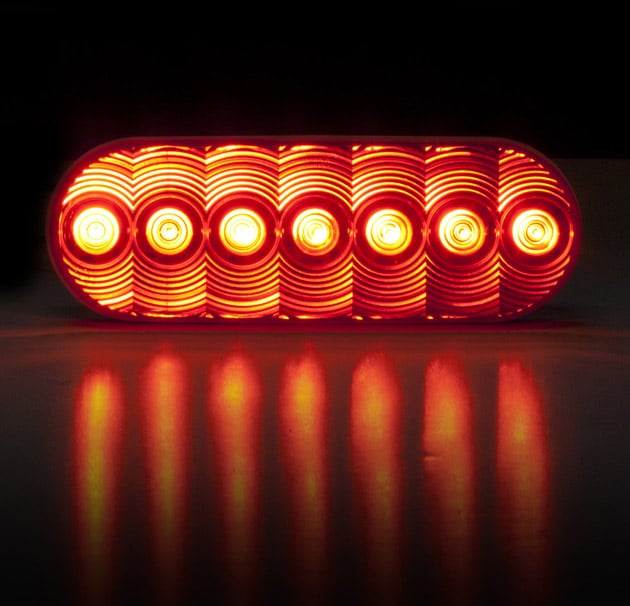 Less than a fortnight before the Mid-American Truck Show is opening in Louisville, Kentucky, second-generation LED technology is emerging as a key trend for the 2014 season.

US company Peterson has just unveiled the new LumenX Series 7, for instance. Based on the new white-diode technology now used by many in the business, the LumenX Series was designed to avoid any dead zones, regardless of the viewing angle.

According to Kristen Goodson, Vice President of Product Management, white diode technology and vertical integration are key to success. “White diodes allow us to build one standard circuit board for the whole LumenX line. That really boosts our productivity and cost control. LumenX is simply a better light for the same money,” she explained.

The “whole-systems” approach taken by Philips and Innotec has been pioneered by local powerhouse Truck-Lite, which has been offering a plug-and-play lighting solution in the US for a while now and will make it available globally in 2014.

Aptly named ‘Lifetime Trailer Kit’, the ADR and TÜV-approved package can boast a lifetime warranty directly handled by Truck-Lite’s certified service network, meaning the OEM or fleet has no involvement in the process once the kit is sold.