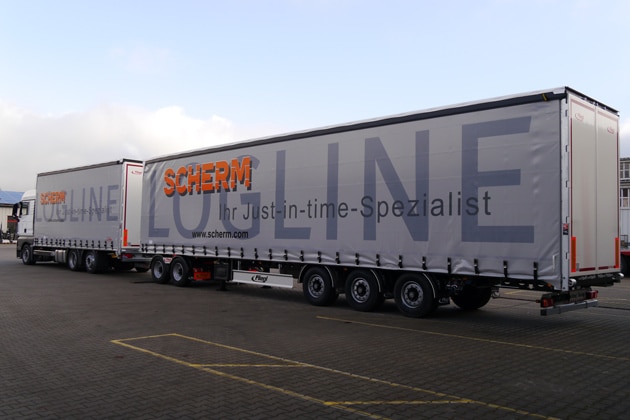 Labelled ‘Megarunner’, the European-style road train is comprised of a curtain-sided rigid followed by steerable dolly and a three-axle semi-trailer and can boast an additional payload of about two tonnes compared a standard combination, Fliegl said.

However, it’s not the layout per se that achieved the plus in payload, but the design of each freight compartment. According to Fliegl, the company managed to save about 1,000kg each on both dolly and semi, making the ‘Megarunner’ a viable option for the weight-conscious automotive industry.

The dolly is equipped with a new, patent pending steering mechanism. Based on a pivoted rotating spar that is attached to set of hydraulic cylinders, it will actively ‘push’ the vehicle into the bend when turning, Fliegl said.