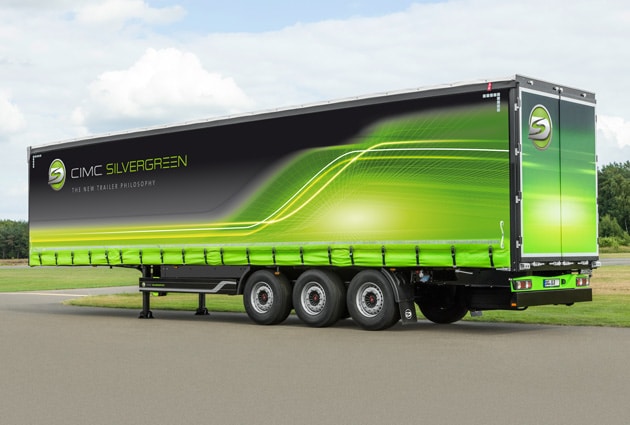 After launching the brand’s second climate-neutral trailer model in October, Chinese-German start-up CIMC Silvergreen has now announced that construction of the brand’s new main plant in Günzburg, Bavaria, is about to be completed.

According to Silvergreen’s Stefan Oberdörfer, the company will start moving into the new office building first thing in the New Year, while production is set to commence in April 2014.

While the first official CIMC Silvergreen factory is about to be opened, construction of a second plant for refrigerated transport equipment has already commenced, said Oberdörfer. It will be located next to the main plant.

“The two new sites in Günzburg don’t just allow for an optimized production process and ensure quality ‘made in Germany’, but also help us reduce CO2 emissions across the board,” he added.

“By streamlining our supply chain and reducing energy usage within the plant itself, both buildings will help reduce our carbon footprint and make our production process even more environmentally friendly.”

According to Oberdörfer, sustainability is becoming more and more important in the commercial road transport industry and has therefore been chosen as the key value of the newly founded brand.

Only in November, CIMC-Silvergreen’s new SG03 model won the European Transport Award for Sustainability and the first prize in the „World you like Challenge“ organized by the European Commission to boost environmental awareness in Europe.

“We are working hard to be able to deliver every product with ‘climate-neutral production certificate’ in 2014,” said Oberdörfer – pointing out that the company’s latest release, the SC03 container chassis, already is produced in a carbon-neutral way.