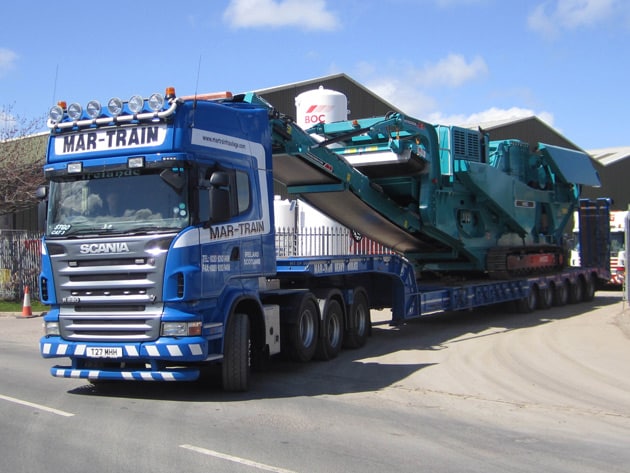 The SFCLEX 85 model built by Andover Trailers is worth more than £80,000 and will be used to transport heavy-duty Terex crushers and screeners around the UK and Europe.

It is equipped with a low profile neck and an extendable frame on the outer boxes that can extend by up to 2.5m to accommodate the longer conveyors on the machines.

The new trailer’s specification includes three fixed and two self-steering BPW axles, with manual and solenoid control, to aid manoeuvrability and minimise tyre wear. BPW air suspension with raise/lower control is also fitted, which can be used to lower the trailer for loading and unloading.

The trailer is also fitted with two ‘heavy channels’ running back from the fifth wheel plate, allowing the trailer to sit on stands when travelling unaccompanied on a ferry. The new trailer measures just less than 15m but can extend out a further 2.5m.