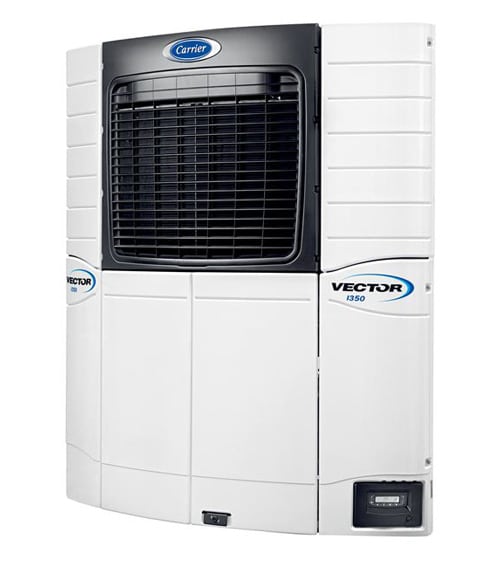 Mobile refrigeration expert Carrier Transicold has unveiled a new addition to the Vector range. The new 1350 model can boast a capacity of 12,700 Watts and is optimised for long haul transportation.

According to Carrier, the Vector 1350 maximises payload and reliability while minimising fuel consumption and system downtime, all within a lightweight package that optimises capacity to maintain temperature over long distances.

The 1.1 litre engine, driven by a new control, reduces fuel consumption by up to 30 per cent over Carrier Transicold’s Maxima unit, under the new upcoming CEN Partial Load regulation test protocol, and drives both a compressor and a generator to power the ventilation system. Three electric fans are intended to improve system reliability by reducing the number of belts needed compared to belt-driven units.