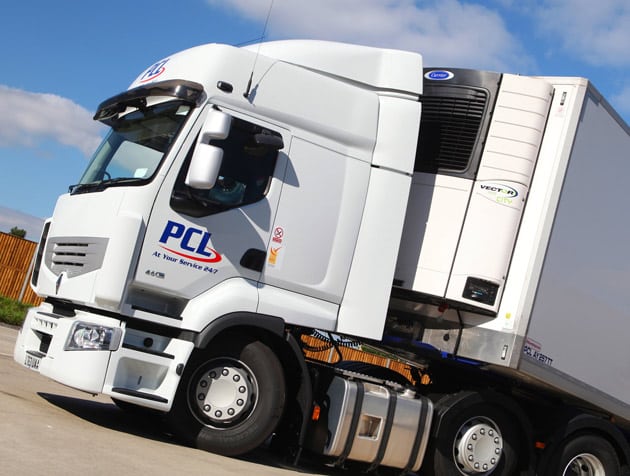 UK company PCL Transport has added 100 temperature-controlled units from Carrier Transicold to its fleet, including 60 Vector 1550 City units, which adhere to Europe’s most stringent noise abatement standard, PIEK. The equipment will be used to transport milk on behalf of Arla Foods.

According to PCL, the addition of the 60 1150 City units makes PCL the family business the largest operator of Carrier Transicold PIEK-compliant transport refrigeration technology.

“We chose Carrier’s PIEK-certified Vector 1550 City units as both PCL and Arla Foods take environmental responsibility very seriously,” said Shaun Stephenson, Director, Fleet and Compliance at PCL. “The Vector 1550 City unit allows us to minimise the risk of noise disturbance on routes where we deliver to urban and residential areas.”

PIEK standards were established in the Netherlands in 2003 to respond to growing concerns from local government and supermarkets, and stipulate that noise levels during night deliveries (from 10:30pm to 7am) must not surpass 60 decibels. While the Netherlands paved the way in this field, numerous projects aimed at reducing noise pollution have since come to fruition in other European countries including France, the UK, Spain and Germany.