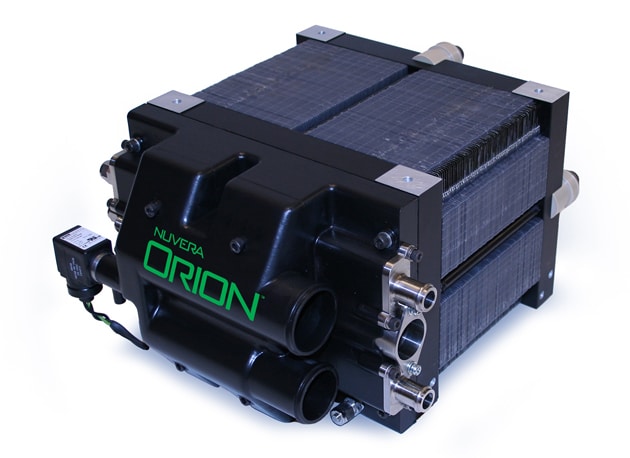 The US Department of Energy (DOE) is currently testing a new kind of trailer refrigeration unit powered by fuel cells. Considered a clean energy source, fuel cells generate electrical power quietly and efficiently, without pollution. Unlike power sources that use fossil fuels, the by-products from operating a fuel cell are heat and water only.

Researchers at the DOE's Pacific Northwest National Laboratory (PNNL), which is overseeing the project, said the fuel cells will replace the diesel engine normally used to keep the cargo at the correct temperature.

Reportedly, the PNNL experiment is considered the first attempt to use fuel cells in the refrigerated transport industry. “This is a great application for a fuel cell,” said Kriston Brooks, the PNNL researcher leading the project. “A trailer refrigeration unit is powered traditionally by a small diesel engine or electric motor that drives compressors to provide cooling to the cargo. A fuel cell can potentially provide a clean, quiet and efficient alternative by powering the electric motor.”

Two fuel cell manufacturers, Nuvera and Plug Power, will each receive $650,000 from DOE's Office of Energy Efficiency and Renewable Energy. The companies will provide matching funds and labour of their own. A PNNL team led by Brooks will oversee and evaluate the two-year program.

Industry officials estimate that approximately 300,000 refrigerated trucks with auxiliary power units are on the road in the United States. By replacing the small diesel engines with the more efficient fuel cell, users will see fuel savings of approximately 50 litres a day per unit, in addition to reduced emission of pollutants and significantly quieter operation.

Fuel cells are becoming more common as energy sources in buildings and in vehicles such as buses. While the devices are generally more expensive than traditional forms of energy generation, many scientists and product developers expect that as they become more widely adopted and production levels increase, their cost will come down – similar to what has happened to products like mobile phones.

“One of the goals is to accelerate fuel cell use in industry,” said Brooks. “In spite of their higher costs now, the higher efficiency and zero emissions from fuel cells are enough to convince many companies not to wait to implement this technology. Fuel cell products are already used widely in warehouses, and this project broadens their reach.”

In one project, Nuvera will work with Thermo King to develop the refrigeration unit to keep the truck cool using Nuvera's Orion fuel cell stack. The truck will make deliveries for a Sysco Corp. food distribution facility in Riverside, California, and for a San Antonio, Texas, food distribution centre for a grocery chain.

In the other project, Plug Power will work with Carrier Transicold and Air Products to equip trucks making deliveries for a Sysco Corp. food distribution facility on Long Island. The trucks will be equipped with Plug Power's GenDrive fuel cell product.

At both companies, the infrastructure to provide hydrogen for the fuel cells is already in place; the hydrogen is generated on site from natural gas and water using Nuvera's PowerTap hydrogen generator and refuelling system. For the site using the Plug Power technology, the hydrogen will be supplied by Air Products using an outdoor hydrogen dispenser. Each fuel-cell powered refrigerated trailer will run for at least 400 hours at each demonstration site, delivering goods from the distribution centres to stores or other outlets.