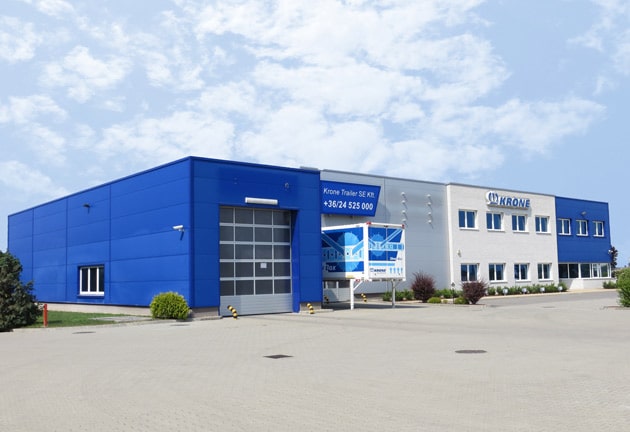 German trailer builder Krone has expanded its footprint in Hungary by adding additional warehouse capacity to the company’s Budapest branch.

Reportedly, Krone has invested around €4 million into the warehouse expansion at a “strategically important” location just outside Budapest.

“The Hungarian market is extremely important for Krone's strategy,” the company said in an official statement. “There is strong demand … for spare parts and servicing. Therefore, the new warehouse provides space for all Krone-specific item variants from the whole product range.

“We transferred the set-up, structure and stocking of the spare parts warehouse from the system in Werlte; it goes without saying that we have established adequate capacity for special spare parts that are frequently requested by customers from Hungary, Austria or other neighbouring countries.

“We also network closely with the German parent company in Werlte and a clever logistics system ensures that parts are either delivered directly to the customer or us within the shortest possible time,” he added.

In addition to expanding the spare parts warehouse, KTSE has also expanded the sales organisation and employed additional sales staff. Going forward, the company will not only offer new vehicles in Hungary, but also used and rental vehicles.