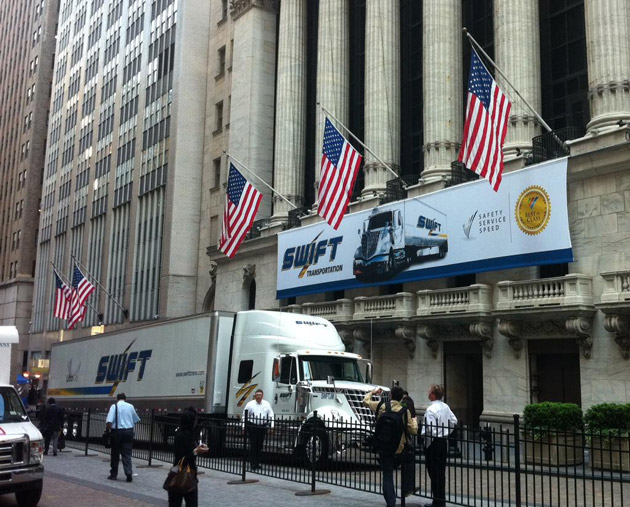 According to the Wallstreet Journal, the deal is valued at $225 million, including assumed capital lease obligations and other financial debt.

Central, a truckload carrier specializing in temperature-controlled freight transportation, reportedly generated $504 million in revenue for the 12 months ended June 30. It has a fleet of around 2,000 tractors and nearly 3,400 trailers that operate from four terminals, while Swift can boast 35 terminals and yearly revenue of $3.6 billion.

The acquisition will therefore lead to the formation of North America's second-largest temperature-controlled truckload provider, according to Swift.

US media reported the move is likely to elicit a mixed reaction among investors, as Swift Chief Executive Jerry Moyes was also the principal owner of Central. Swift officials therefore sought to stress that the acquisition had been the result of a lengthy, thorough review by a special board committee, Bloomberg Businessweek reported.

Refrigerated trucking in the US is expected to grow four to five per cent annually over the next half decade. “The combination of highly talented Swift and Central employees coupled with a complementary portfolio of services will help us create a stronger company,” Swift said in a statement today.