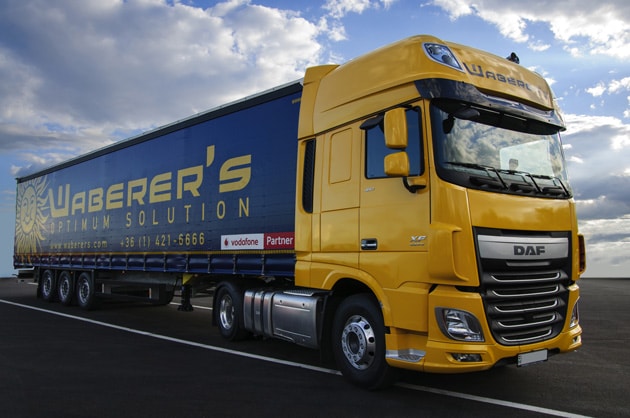 In a move to expand the brand's footprint in Germany, Waberer's International – a European transport business headquartered in Hungary – has placed a record order for 600 semi-trailers with German trailer giant Schmitz Cargobull. All up, Waberer's fleet will be growing by 730 trailers in 2013.

According to Schmitz Cargobull, the record order is based on the 'close relationship' the two companies forged over the last few decades. Waberer’s CEO, György Wáberer, said: “With their reliability, long service life and value retention, trailers from Schmitz Cargobull contribute to continuously increase efficiency, turnover and market share at Waberer's International – even during crisis years.”

Both companies not only enjoy a long-standing partnership, but also constantly exchange information regarding joint technology developments. The development of “screw-out” corner stanchions to make pallet loading more efficient is one example of that co-operation.

After Hungary, Germany is the most important market for Waberer’s International, with approximately 25 per cent of its turnover generated in the central European country. Every day, more than 700 Waberer’s trucks are on the road in Germany, covering more than 90 million kilometres per year.

As a result, Waberer’s decided to invest about €10m in order to expand its footprint in Germany. The investment programme also includes the purchase of more than 700 new prime movers, mostly MAN.

The company prides itself on running a young fleet consisting of more than 3,000 trailers, most of which are built by Schmitz Cargobull. Since the European economic crisis, Waberer’s has bought about 2,500 of these vehicles, according to Schmitz Cargobull.