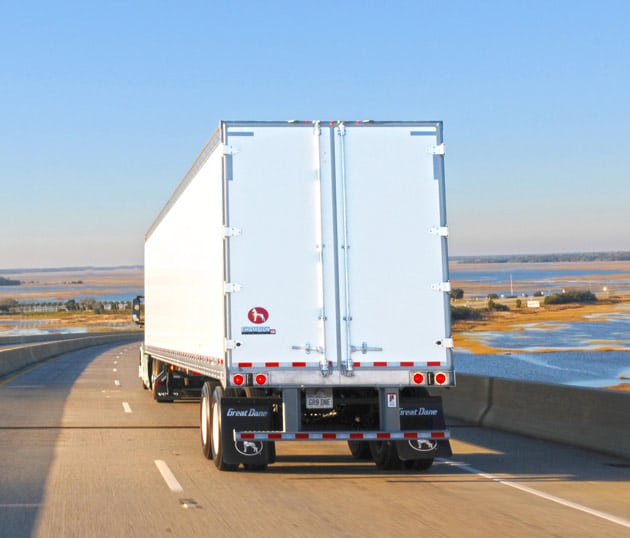 US trailer manufacturer Great Dane has announced the winners of its 2013 college scholarships. Four children of Great Dane employees were named recipients and were recognised for their outstanding academic achievements.

Each year, Great Dane awards four scholarships based on a combination of high school grade point average (GPA), Scholastic Aptitude Test (SAT) scores and extracurricular activities. The highest-ranked applicant receives a four-year scholarship valued at $4,000, and the next three highest ranked students are awarded two-year scholarships valued at $2,000 each.

This year's awards also included a Kindle Fire HD for each of the scholarship recipients. Children of Great Dane's corporate, branch and manufacturing plant employees are eligible and encouraged to apply for these annual scholarships.

Selected from a large number of nationwide applicants, Great Dane congratulated Mackenzie Jeffries, Courtney Smith, Jace Evans and Rory O'Donald Maharrey for their accomplishment and wishes each success next year in college.

Courtney Smith, daughter of James Smith, Great Dane Springdale branch, was awarded a two-year scholarship valued at $2,000. She graduated from Fayetteville High School in Arkansas as an advanced placement scholar. While in high school, she was a member of the National Honor Society and Distributive Education Clubs of America, and also a competitive dancer. Courtney will attend the University of Arkansas and plans to major in chemistry with an emphasis on pre-pharmacy.

Jace Evans, son of Kevin Evans, Great Dane Jonesboro plant, was awarded a two-year scholarship valued at $2,000. He graduated from Greene County Tech High School in Arkansas with honors. Jace will attend the University of Central Arkansas and plans to major in business administration.