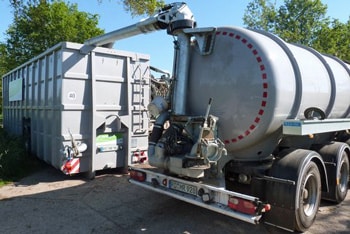 Dutch company D-Tec has unveiled a new discharge concept for manure tankers, based on a flexible loading and unloading arm.

According to D-Tec, the system has been developed in co-operation with local clients in the agricultural industry to improve on loading and unloading times.

Using the system, a 30 cubic metre tank can be unloaded in three minutes, D-Tec claimed. “This translates into notable savings, especially on short distance runs, because it enables operators to fit many more loads in a day,” D-Tec said.

“Our evaluation shows that the loading/ unloading arm will easily pay for itself within the first year when used on distances up to five kilometres.”

The new system will be unveiled at the Agritechnica trade show in Hanover, Germany, to be held between 12 and 16 November. In 2011, the show saw more than 2,700 exhibitors and a record 419,000 visitors.