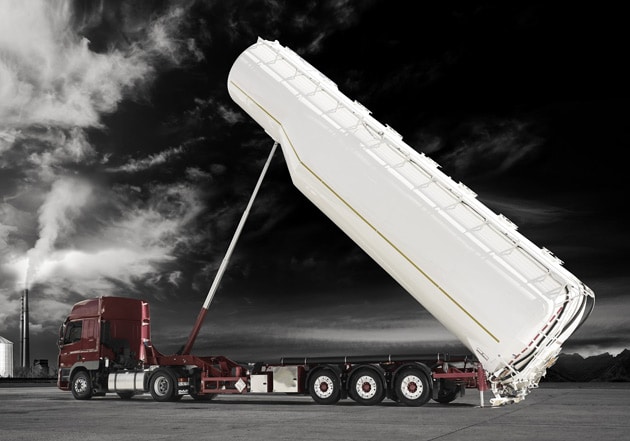 As of 1 July, Hochstaffl will be responsible for both sales and aftersales service in the alpine country, covering Kässbohrer’s complete range of construction equipment, which has received a comprehensive update since the start of the year.

In line with that portfolio renewal, Kässbohrer launched an updated range of low loaders in early 2013, including a remote-controlled semi-trailer model with hydraulic steering axles that unveiled at the Bauma trade show in Munich.

In June, Kässbohrer also launched a low loader range specially designed for the demanding Russian market, which was unveiled at the CTT 2013 exhibition in Moscow.

According to Kässbohrer, the modernised construction machinery range – including low loaders, platform trailers, tankers and silo semi-trailers – can draw on a long and proud heritage of German engineering.

For instance, Kässbohrer produced its first hydraulic tipping silo trailer in 1953 and since perfected the technology – making it one of the few manufacturers left in Europe which can build such a vehicle with a volume of up to 90 cubic metres.

Headquartered in Vienna/Austria, Hochstaffl is committed to preserve that heritage going forward. It can draw on 40 years of experience in commercial vehicle industry and has subsidiaries in Germany, Slovakia, Hungary, Romania, Bulgaria, Slovenia, Croatia, Serbia and Czech Republic.