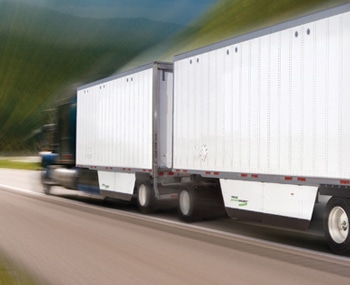 Wabash National has announced a number of senior management changes made to support the company’s recently expanded business structure.

“These new assignments recognise individual performance and provide key leaders with opportunities for further growth and career development,” said Dick Giromini, Wabash National President and CEO. “We have a strong and talented leadership team that will help ensure our future success as we continue to grow and diversify the business.”

Mark Weber, who has served as Wabash National’s Senior Vice President/Chief Financial Officer and Treasurer since August 2009, has been named Senior Vice President/Group President of the Diversified Products Group business segment. In this role, he will assume full day-to-day operating and P&L responsibilities for all entities in this business segment, which includes all business units of the Walker Group, the Wabash Composites business and Wabash Wood Products.

Jeff Taylor has been appointed Vice President – Acting Chief Financial Officer and Treasurer for Wabash National Corporation. Previously with King Pharmaceuticals in Bristol, Tennessee, Taylor joined Wabash National in July of 2012 as Vice President of Finance and Investor Relations. He has also been named as an Executive Officer of the company.

Brent Yeagy, who has served as Vice President and General Manager of Commercial Trailer Products since January 2010, has been appointed Senior Vice President/ Group President of the Commercial Trailer Products business segment and named as an Executive Officer of the company. Yeagy will continue to have full day-to-day operating and P&L responsibilities for all Lafayette, Indiana, van trailer operations and Transcraft operations in Cadiz, Kentucky.

Bill Pitchford has been appointed Senior Vice President – Human Resources and Assistant Secretary and named as an Executive Officer of the company. Previously with Ford Motor Company, Pitchford joined Wabash National in December of 2011 as Vice President of Human Resources. He will succeed Tim Monahan, who recently announced his plans to retire effective December 31, 2013.