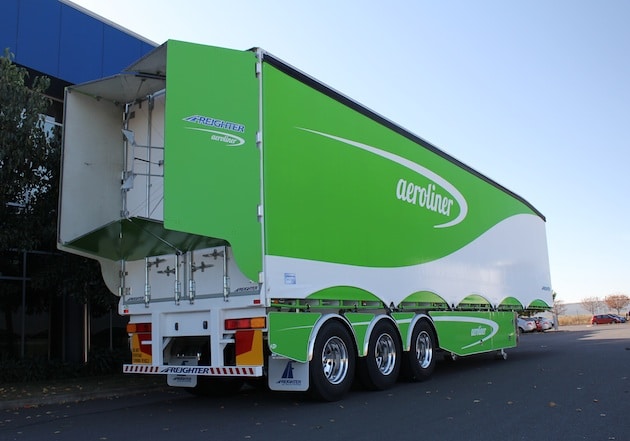 “Following an extensive review of available boat tail devices, we settled on the ATDynamics’ TrailerTail,” said Stuart McMurtrie, MaxiTRANS Group Marketing Manager. “Freighter has gained transport authority approval to coordinate a trial with the ATDynamics product in NSW, Victoria and Queensland, with up to 15 combinations set to hit the road in the coming months to begin gathering data. We’re excited to be leading the charge in introducing this important development in transport sustainability.”

McMurtrie said the trial will last for one year, however he already has high expectations for the results. “US trials have shown fuel savings of between 5 and 7 percent when using the TrailerTail. There is probably no reason why we shouldn’t see a similar result here in Australia, but there are some unknowns such as how it will work with B-doubles – hence the field testing.”

In addition, ATDynamics announced that Prime Inc., one of the largest refrigerated trucking fleets in the United States, will be installing the company's TrailerTail device on all remaining new trailers to be purchased in 2013. According to ATDynamics, Prime's decision to fit the aerodynamic device comes after extensive fuel economy and durability testing.

“A large percentage of Prime’s fleet is comprised of independent owner-operator drivers who pay for their own fuel and who will directly benefit from Prime’s investment in fuel efficient TrailerTail-equipped trailers,” said ATDynamics' CEO, Andrew Smith.