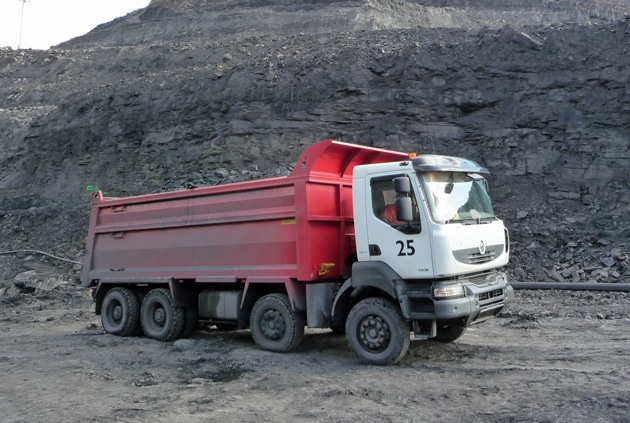 Wales firm Miller Argent has taken delivery of 10 Thompson tippers, all fitted with Edbro tip gear. The tippers are based on Foden’s ex MOD model and will service the Ffos-y-fran Land Reclamation Scheme is a major opencast coaling operation to the north-east of Merthyr Tydfil in South Wales.

“The combination of Thompson bodies and Edbro tip gear has proved to be very durable in what is an exceptionally harsh environment. We have not had to replace any parts on the Edbro gear,” Bernard Llewellyn, partner in the project, said.

According to Llewellyn, the new tippers will join the operation that is producing approximately 20,000 tonnes of coal a week, which is then shipped by rail, primarily to Aberthaw Power Station on the South Wales coast.

Once the hub of the Welsh coal mining industry, the Merthyr Tydfil area has a legacy of abandoned mine shafts, adits and spoil tips covering several thousand acres. Addressing this is the Ffos-y-Fran Reclamation scheme, which will restore 1,000 acres over approximately 20 years.