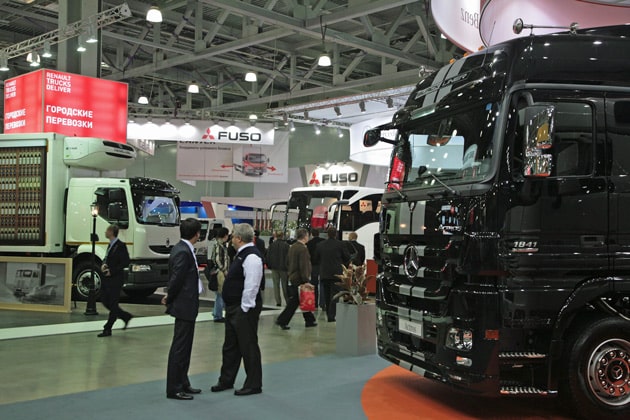 Comtrans, an international commercial vehicle show taking place in Moscow in September, has announced that it is almost sold out. A few weeks before the booking deadline, more than 340 exhibitors from around the world have already confirmed their participation in the show.

According to the Comtrans management, all major Russian and international truck, bus and trailer manufacturers will be present at the fair as well as numerous system and component suppliers, including internationally known brands such as Knorr Bremse, ZF, Borg Warner and Contitech.

A premiere awaits visitors in Hall 15, where Russian market leader Kamaz and Mercedes Benz Trucks Vostok will be exhibiting on adjoining stands. In addition, the German industry will be represented with a large joint stand under the motto “Made in Germany”.

Comtrans takes place every other year on an alternating basis with the IAA Commercial Vehicle Show in Hanover and is considered to be the most important international commercial vehicle fair in Europe next to the IAA.

In 2013, organisers are expecting are again expecting record participation, as additional halls have been added to cater to the trailer and body building industry. For the first time, Comtrans will also host the award ceremonies for the prestigious “Truck of the Year” and “Van of the Year” awards this year.