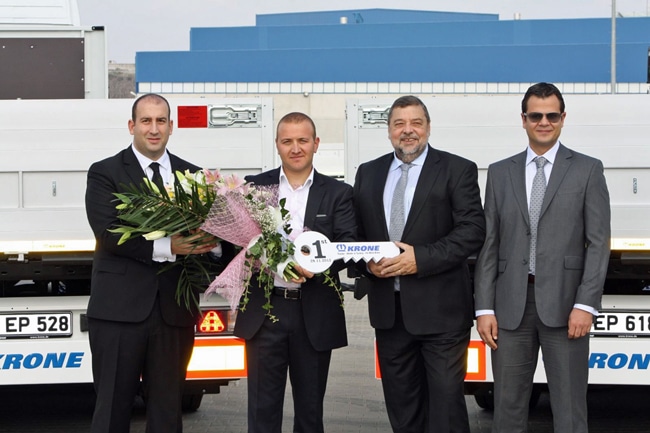 Doğuş, a local distributor for Krone trailers, has recently produced 10 trailers that have officially gone into service in Tire, a city in western Turkey.

Dan Schnick, Managing Director of Krone’s new sales company, KTI handed over the ‘key’ to the first trailer to Ahmet Ertas, owner of local company Blok Bims, which produces a wide range of tiles for the construction sector and manages its own fleet of 50 truck and trailer combinations.

According to the Krone-Doğuş team, the 10 trailers have been specifically tailored to meet the requirements of the customer.

Currently, Krone produces about 50 trailers a week in Turkey and plans to double the number of employees in 2013 to reach an annual production of around 2000 vehicles. The plant will be officially opened in the spring of 2013.